The Asia Pacific Conference of Young Scientists (APCYS) is a scientific research and presentation meeting and competition for students in the Asia Pacific region.

“These winnings are just bonuses. What matters most for me is my process in conducting the research,” said Grace from SMA Stella Duce I Yogyakarta, who is among 10 Indonesian junior and senior high school students who won medals and awards.

They include Andre Pratama from SMAN 1 Sampit, who won the Governor of Central Kalimantan Award and the gold medal for environmental science, and silver medalists Veronica Swasti Paramita from SMAN 6 Yogyakarta, Steven Sinatra from SMA Chandra Kusuma, Gusti Ayu Indah Lestari and her schoolmates from SMAN 3 Denpasar.

“The APCYS aims at encouraging the birth of more young researchers from Asia, because currently there are too few Asian participants at the International Conferences of Young Scientists [ICYS],” said APCYS president Monika Raharti.

“All research presented at APCYS is unique due to the local content,” said Monika.

One APCYS finalist from Bali, Putu Ayu Suastidewi, for example, combined the subject of math and Balinese Hindu culture in her scientific research.

“Math becomes more fun this way, because we study it not only in the form of a formula but also linking it with the traditional Balinese aspect,” said Suastidewi, whose research was titled “Does the Balinese Hindu’s Symbol of God Acintya follow the Golden Ratio?”
(07/09) Great nation is a nation that has great human resources which can provide considerable potential to support the advancement of the nation. It requires qualified human resources to build a nation because in the lead of a nation also requires leaders who excels in character in order to bring nation towards prosperity and sustainability.

Required excellent character needs to be nurtured from the age of the school, which can be done through the process of elaboration and exploration of research in education and character formed through process based on the facts, opens to the opinions of others, thinks of the present and the future, and sensitives to the issues in the environment. They are the background of the 1st Asia Pacific Conference of Young Scientists (abbreviated APCYS) 2012.

APCYS 2012 organized by Surya Institute cooperation with the Central Kalimantan Provincial Education Department and supported by the Association of Asia Pacific Physical Societies (AAPPS). (Link: http://apcys.suryainstitute.org), first APCYS was held on September 2 to 7, 2012, located at the Swiss-Belhotel Danum Palangkaraya, Central Kalimantan and the event opened by the Deputy Governor, Ir. H. Ahmad Diran with KETAMBUNG marked by beatings, attended by participants APCYS 2012, the team leader, observers, international and local judges and other invited guests.

By convening this event, students from Indonesia shared scientific knowledge with other students, particularly from Asia-Pacific countries. In a competitive but friendly atmosphere, these young researchers were able to discuss and exchanged ideas about the scientific research they did. Expected future cooperation between the participants will develop into an international network of researchers.

With the exhibition of posters from the scientific work of the participants who exhibitedly open to the public, the event was also a place to stimulate teachers and students around Palangka Raya to develop scientific research activities in the respective schools. Even among the teachers / team leaders from various countries, the potential for collaboration, mutual learning and develop a network will grow by built the character of youth be exceled through scientific research activities.

APCYS in 2012, the Indonesian team won two gold medals, 3 silver medals and 4 bronze medals at the 1st Asia Pacific Conference of Young Scientists, which was held on September 2 to 7 in Palangkaraya. Native student from Palangka Raya also won medals in this event.
Andre Pratama, native student of Sampit, Central Kalimantan, dedicated the gold medal and reached the highest value in the field of Environmental Science, so it won a special award, called the Governor of Central Kalimantan Award trophy form. A remarkable achievement and pride, not only for Central Kalimantan, but also throughout Indonesia. The research, performed by Andre on deodorized rubber products using palm oil waste, managed to solve two problems in one way. In addition, native student from Yogyakarta, Melody Grace Natalie, also won gold and the title of the Best Female Researcher (donated by the Association of Asia Pacific Physical Societies) plus Nicest Poster Award.
APCYS 2012 that for the first time held was attended by 12 participaing countries, with the number of participants 71 students, with 26 team leaders and observers amount to 8 people. A total 13 team from Indonesia who brought 13 research participants, which 10 participants earned medals.

Here is the lists of Indonesia team that won medals in this APCYS 2012 :

Surya Institute (SI) was established on 2006 by Prof. Yohanes Surya, PhD with the mission to reform science education and mathematics in Indonesia. SI leads a learning methods which called GASING (Gampang, ASyik dan menyenaNGkan) so that it will be students’ preparation in order to become succeed in worklife in the future. SI also believes that with the advancement on science education and mathematics, Indonesia will have great quality human resources that valuable to give the best for the society. In order to achieve it, SI works together with government, both regional and national besides doing research and enlargement in materials and methods. 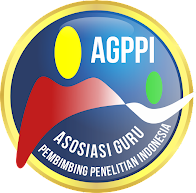